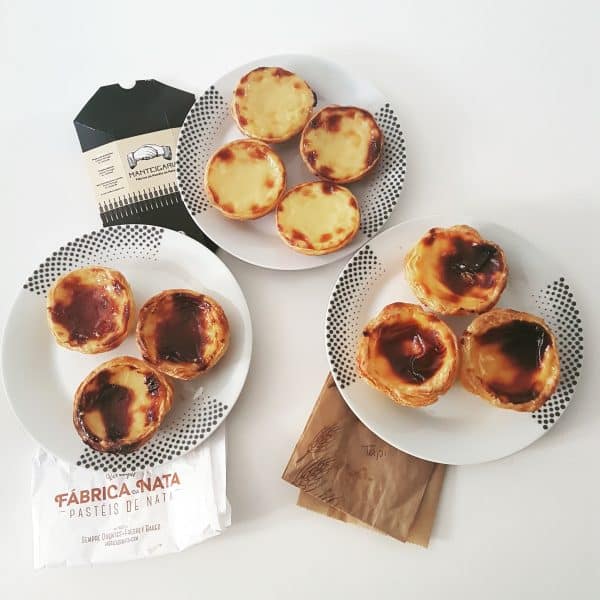 The search for the best Pasteis de Nata in Portugal….

My first experience of the egg tart was in the UK as a kid, in those old fashioned bakeries that all towns had before the supermarkets came along. It wasn’t my choice of cake (is it for any kid?!) but I remember my mum eating them. So I was a bit surprised when after moving to Sydney, everyone was raving about the Portuguese tarts in Surrey Hills and discovering it was just an egg tart.

But of course it wasn’t just an egg tart. It was the most perfect tart I had ever eaten and the love for the Portuguese Tart began. Considering sweet tarts or even desserts are never my first choice this was a surprise but there was something about the perfect texture of the filling against the crispy flaky pastry topped with cinnamon that just ticked the box for me.

Many countries have a version of the egg / custard tart. With Australia having a large Asian population, the varieties from China and Vietnam were easy to come by in Sydney, especially in the Yum Cha restaurants. These just didn’t work for me and were closer to the UK version of my childhood – very sweet, pastry quite average and the custard whilst having a silky texture, left a greasy film in your mouth after eating.

This year we decided to take a trip to Porto and Lisbon (Oporto & Lisboa) with some friends for my 40th Birthday. There was no doubt that part of the trip would be to find the best Pasteis de Nata in Portugal. Research told me that everyone thought either Manteigaria or Pastéis de Belém were the ultimate tart. The two bakeries couldn’t be a bigger contrast. Manteigaria has become a chain and we found them in Porto and Lisbon without the queues we had read about. Modern looking cafes with the making of the revered tarts behind see through glass. Pastéis de Belém on the other hand is found a bit out of the way of the centre of Lisbon and is the official founding home of the Pastéis de Nata. The place is HUGE, the line long (they are super fast at serving) and the making of their tarts a secret behind closed doors.

We had to try these two at the very least, but we had to eat any we found along the way too. So during our meanderings of these two great cities, we ate Pasteis de Nata whenever they looked good.

Here are our top 7 across Porto & Lisbon, tasted by 3-6 people. I haven’t put a detailed comparison of the pastry in this one or the filling in that one (although believe me, this was strongly compared and discussed!)

Starting with the favourite….

Pastéis de Belém, Lisbon : This surprised us. It was the last tart to be tasted so by now we had eaten, about 12 in a few days. We very nearly didn’t make the trek there, it was super hot and we didn’t really need another tart, having thought we tasted the best. It is the best, it’s the perfect tart and some part of me is super happy that the founding bakery is our number 1.

Aloma, Lisbon : Walking past this independent Pasteis de Nata stopped us in our tracks and was so good, we thought we must have found the best. We even went back for seconds to confirm our findings…

Fábrica de Nata, Porto : This was our favourite Pasteis de Nata in Porto. It is on a pedestrian street and looks like the place tours would take their groups to try a nata but it was really good. And we had seconds.

Pastelaria Tupi, Porto : We bought a nata here because a little old Portuguese lady did, with nothing else. Run of the mill bakery, doesn’t stand out in any way. It was our first bite of a nata in Portugal and it was delicious. Yes we went back for seconds after trying Fabrica de Nata and Manteigaria so we could try the 3 together at the same time. We took this seriously 🙂

Padaria Ribeiro, Porto : We spent one morning on a terrific History of Porto walking tour and this was our local guides favourite Nata in Porto you can see it didn’t score that highly but…I don’t think it was super fresh and this let it down. I wouldn’t walk past without trying one again…just to be sure

Nata LX, Lisbon : I didn’t like it. And at the time, it was the penultimate Nata in the tasting after having seconds of quite a number of them so I wasn’t convinced it was a fair test but…we tasted the Pasteis de Belem after this one so we decided it was fair to post it here.

Manteigaria, Porto & Lisbon : My prior research to this trip, online and with people that had already searched for the perfect Nata was strongly in favour of the Manteigaria Nata but none of us loved it. For me the reason was that greasy feeling in the mouth afterwards, for others, it was just sugary sweet.

So there you have it, the best Pasteis de Nata. Now go to Porto & Lisbon, don’t take our word for it and eat every good looking charred and crisp Pasteis de Nata you see. 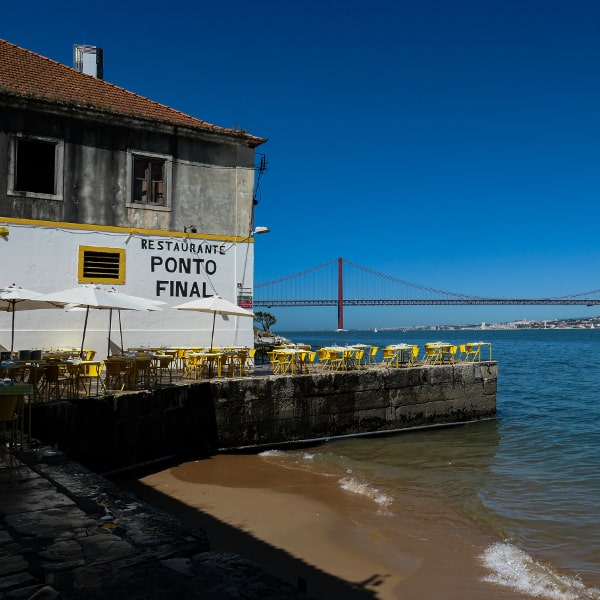